If you’re of a certain age and still love good music and dancing but the thought of clubbing surrounded by people half your age, deafened by banging music doesn’t appeal, it’s time you met Ibiza-based Balearic DJ Howard Hill.

He’s been a music obsessive since the 1960s and fell in love with psychedelic music in 1967, the first summer of love. As a teenager, he was the guy who arrived at a party with an armload of records and commandeered the record player. Later he compulsively made mix tapes.

But Howard only took up DJing full-time in his mid-40s. Prior to that he’d been a successful writer/director of documentaries and corporate video and run his own AppleMac repair business.

Howard has been a passionate advocate of the dance scene since he discovered it in 1989. As he says, “Not much music interested me in the 1980s but as soon as I heard house music, I recognised it as the creation of new sounds. This new dance genre had everything: soul, a powerful heartbeat, psychedelic tones and incredible innovation. I fell in love with it overnight.”

He began his journey as a DJ in the early 2000s playing a Friday night Balearic style set in a hip North London pub. This was a hit and Howard soon began playing all over London.

Ibiza had become a regular holiday destination for him and a friend who had moved out here encouraged him to come out for a season and assured him he would find work. In 2012 he took up the challenge and had a successful season playing three days a week at Atzaro Beach Club, Cala Nova.

Towards the end of the season, Howard was profiled by Space magazine, the life style mag of the internationally famous Space Club. They named him as Best Daytime DJ on the island.

“It wasn’t a public vote, rather the view of one journalist. But it meant a lot to me because I was being appreciated for what I was doing. Also, I’d never thought of the concept of being a daytime DJ but realised that’s what I wanted to do. Why would I want to play in clubs when I could play some of the most beautiful beaches, pools and rooftop cocktail bars in the world?”

Howard would describe his style of DJ as Balearic, which refers not just to the location but also to an attitude to musical selection. Howard defines it as, “eclectic and all embracing. You might call it kaleidoscopic. It has a sunny complexion and positive tone. Sometimes it’s tranquil but it can also be dramatic and deep. It can make you want to dance for joy or close your eyes and drift away. It can be beautiful, and it can also be very sexy.”

Howard and his, hat maker wife, Berri, moved to Ibiza in May 2013. Two months before that, he was sitting on a plane coming to the island to scout for somewhere to live.

“On my 60th birthday, I was on a plane thinking ‘I’m flying to Ibiza for an opening party and I’ve got a gig. That’s really cool.” he says.

For Howard, his age is, if anything, an advantage because it gives him a broad musical perspective. “One of the nice things about Ibiza is that it’s a pretty non-ageist society but I still don’t want to be associated with any perspective that says, ‘I’m old so I’m only interested in old music’. In fact I probably spend at least 20 hours a week searching for new contemporary tracks that are shaping musical tastes.”

Howard is also passionate about defending younger people and their listening tastes. “If you’ve got your ears open, music just gets richer and richer and more diverse,” he says.

Taking people on a musical journey

“I think in some ways part of my success is that I surprise people a little,” Howard says. “None of my DJing is planned. I never know what the first track I’m going to play will be until I get there. Playing the vibe rather than a predetermined set and pulling something out of the air is what’s interesting to me.”

Howard doesn’t see his role as just making people dance. “I think a lot of younger or less experienced DJs have the feeling that if people aren’t dancing, they’re failing. People have to be either dancing or not dancing. That might be true in a club but if, like me, you’re playing in a cocktail bar, by a pool or on a rooftop, dancing is not necessarily the objective. I think I’m there to stimulate conversation and complement the vibe of the place. But if there’s a dance kind of energy, I’ll feed it.”

“In my experience,” he continues. “Experienced DJs can turn their hand to anything. ‘If it sounds good, it is good,’ as Duke Ellington said.

I asked Howard what places he’d recommend for people who want to listen to good music and maybe dance.

He suggested Pike’s which, for him, “really epitomizes the best of Ibiza,” Hostel la Torre is great for sunsets while Salines beach embodies the best of the Ibiza beach vibe and “was rammed this summer even while other parts of the island were pretty quiet.”

As Howard says, “Trying to describe music is like trying to explain the taste of chocolate.” So if you want to understand something of the breadth of the Balearic style check out some of his mix selections here. 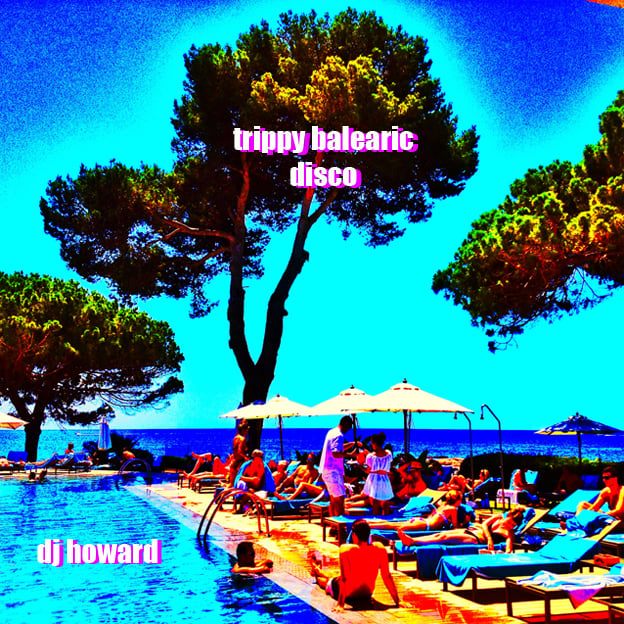 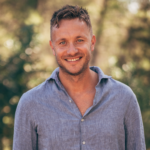