Hjordis Fogelberg, My Ibiza and My Formentera author, celebrates her islands26th April 2022

Ibiza illustrator, designer and writer Hjordis Fogelberg is the author of My Ibiza and My Formentera, beautifully produced guides to these islands written, as she writes, ‘with love and my own point of view’ that have appeared annually since 2014.

Since then, awareness of the books has grown steadily, to the point where the illustrious New York Times has described My Ibiza as a ‘sorely needed guidebook’.

Hjordis’s books are called My Ibiza and My Formentera for a reason. No matter how much people offer her, it’s impossible to buy your way into them. ‘If I don’t like your company, your bar or restaurant or your ethos, I’m not going to put you in,’ she says. ‘Travellers have to trust the books and know they’re getting good advice.’

Apart from the books’ integrity, it’s easy to see why readers love them so much. They are beautifully produced, Hjordis’s gentle illustrative style manages to evoke a timeless vibe without being dated, and her writing, in English and Spanish, is clean and direct.

My Ibiza ‘starts in Ibiza Town, then goes to the outskirts of town, then clockwise South, West, North, East around the island and ending inland.’ Opening the book at random, it’s clear that it’s written by an insider.

Of Sa Trinxa at Playa de Las Salinas in the south of Ibiza, Hjordis writes:

A total old-school classic, I go here when I want to spend the whole day at the beach, but not necessarily on it. At the very end of Salinas Beach, it’s a bit of a walk but worth every step. Take a mask and snorkel, because the sea-life here is mental, fish are very friendly and the water translucent. The music is always great down here and Jon Sa Trinxa plays his signature Balearic tunes twice a week.

Reading this, I wanted to head for Sa Trinxa immediately.

The book also includes seriously helpful tips such as where to get a good Bloody Mary on the island.

I haven’t read My Formentera, but I’d imagine it’s every bit as comprehensive and useful. 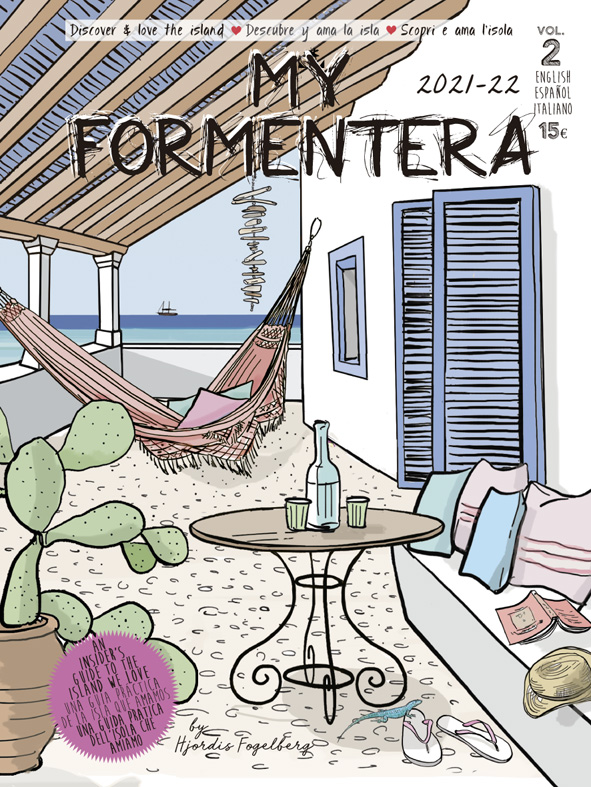 Before I chatted with Hjordis about the books, I’d been pondering the question of whether anywhere on Ibiza can still be a best-kept secret and also whether it was correct to share the location of beautiful, out of the way places with visitors to the island.

Hjordis’s answer made complete sense to me.

‘I created the books because it felt unfair to me that it’s only us residents who know all the lovely places when there are a lot of people who come on a week’s holiday who would like to know where to go. The feedback I get is from people who say things like “Your guide changed our holiday. We didn’t have a big budget or much time. We went to the places you mentioned, and everything was how you said it was in the guide.”

If people criticise Hjordis for ‘giving away all the secrets’ she asks them when they arrived on the island before explaining that she has lived here for over 45 years, since she was a baby. 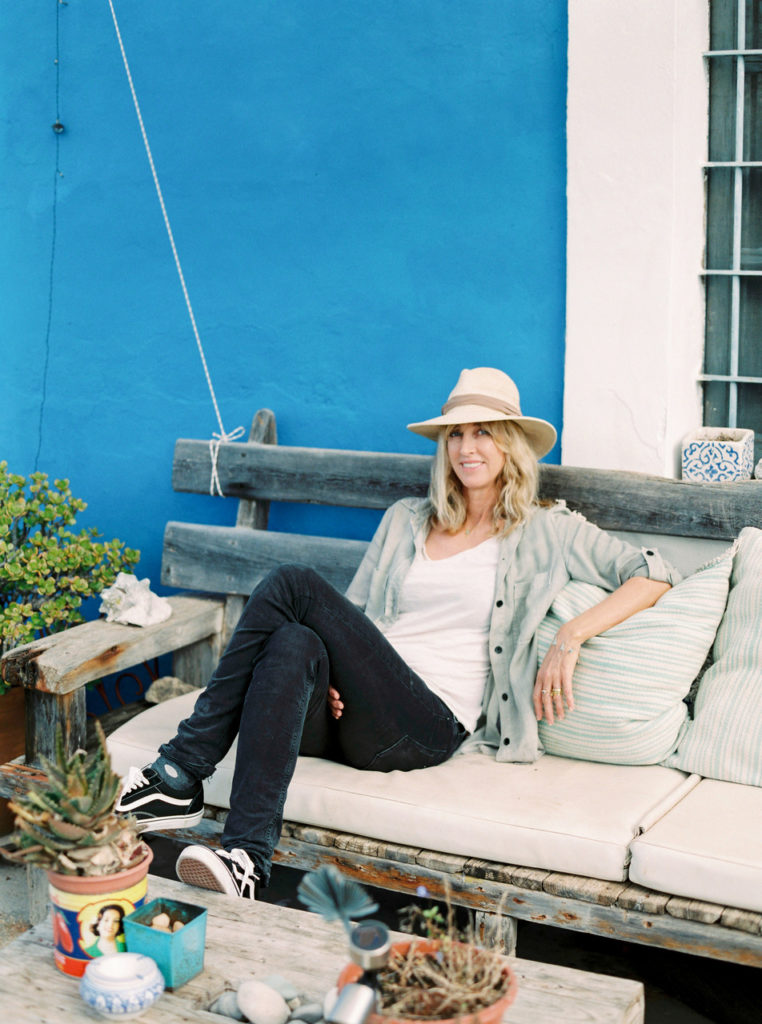 Hjordi’s father was a Danish naval engineer who decided life was too short to pursue a formal career, sailed to Ibiza on his schooner in 1958 and began offering charters. Her mother, from London is an ex-model. Mother and father met, fell in love and never left the island.

‘These were all people who, like the new wave coming to Ibiza now, wanted to escape the cities. And, don’t forget, it was quite a thing to come to Ibiza back then. You had to drive, then get a boat.’

Apart from stints in the UK at boarding school and art college and a period in Germany working for a giant record label, Hjordis Fogelberg has always lived in Ibiza.

‘I want to travel,’ she says,’ but I’m very happy here. Where I live is my favourite part of the island. Here, it’s like time hasn’t really passed. My neighbour has sheep and goats. While she watches them, she makes baskets out of twine, which is very very cool. But then, just when I’m getting into that whole authentic Ibiza vibe, her phone will ring and the ringtone is Michael Jackson. You can’t be too precious.’

Ringtones or not, Hjordis has no doubt that the old Ibiza is still there. ‘When the summer ends and everyone who’s not really “Ibiza-Ibiza” runs off to another hot country, those of us who remain – the original Ibiza people – get on with our lives.

She continues, ‘But I do appreciate the contrasts of Ibiza at the height of summer. You can go to the most amazing party in a massive club with everything better than anywhere else in the world and then home to your lovely little house in the middle of nowhere.’ 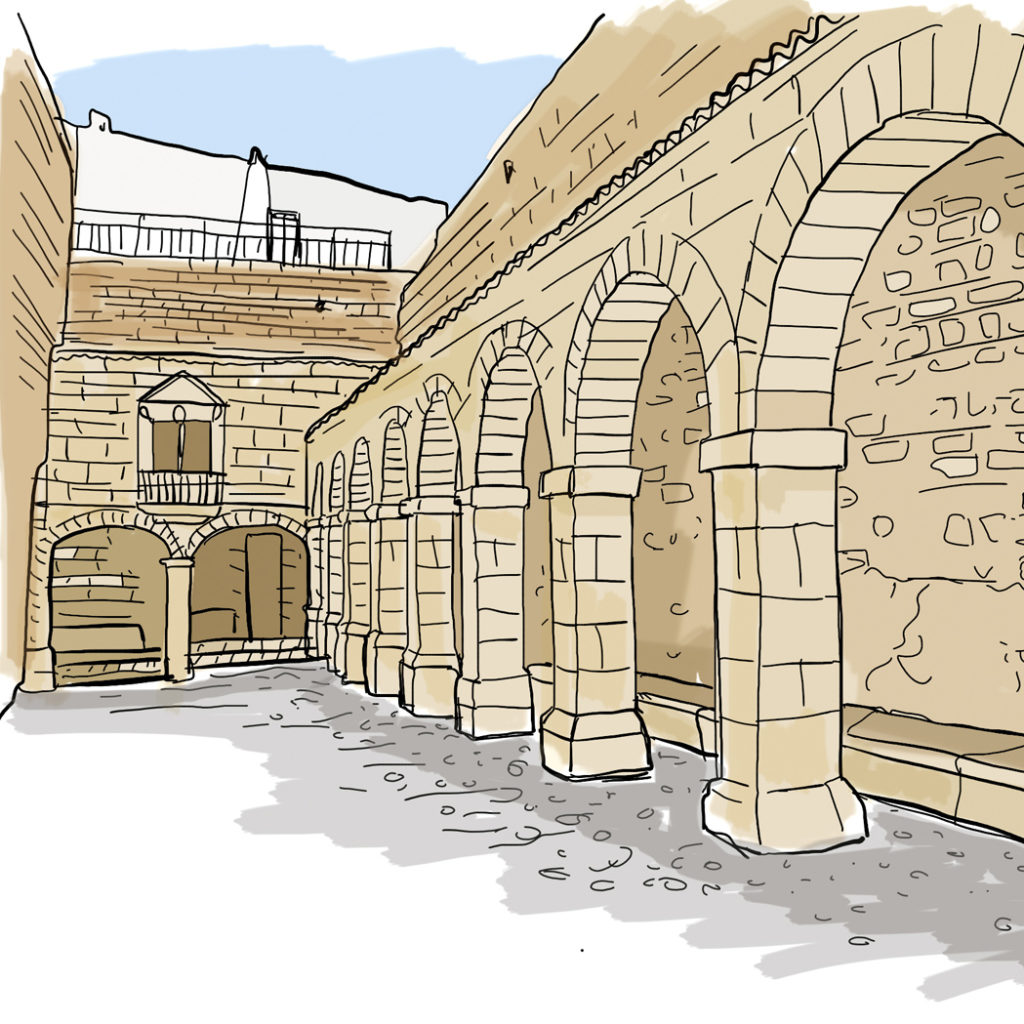 Despite this, Hjordis does like to escape Ibiza in August. Not that she goes far. She hops on the ferry to Formentera, which, to her, is how Ibiza used to be.

‘I probably shouldn’t even say this,’ she says, ‘but, even now, I don’t believe people have caught on to how beautiful Formentera is. The beaches are out of this world. Ibiza is amazing but Formentera is just stunning.’

You can buy My Ibiza and My Formentera by Hjordis Fogelberg at good bookshops in Ibiza. If you’re in London and want to be primed before your next trip to the island, head for Stanfords in Covent Garden. 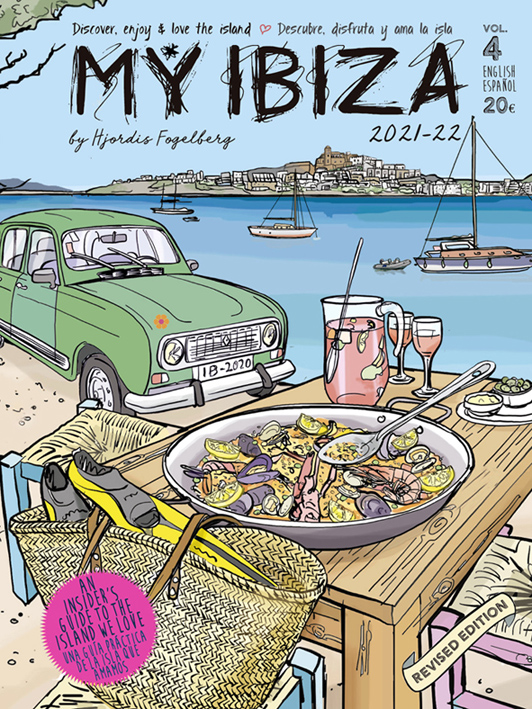