Hints of Ibiza: sounds and visions of our white island19th May 2021 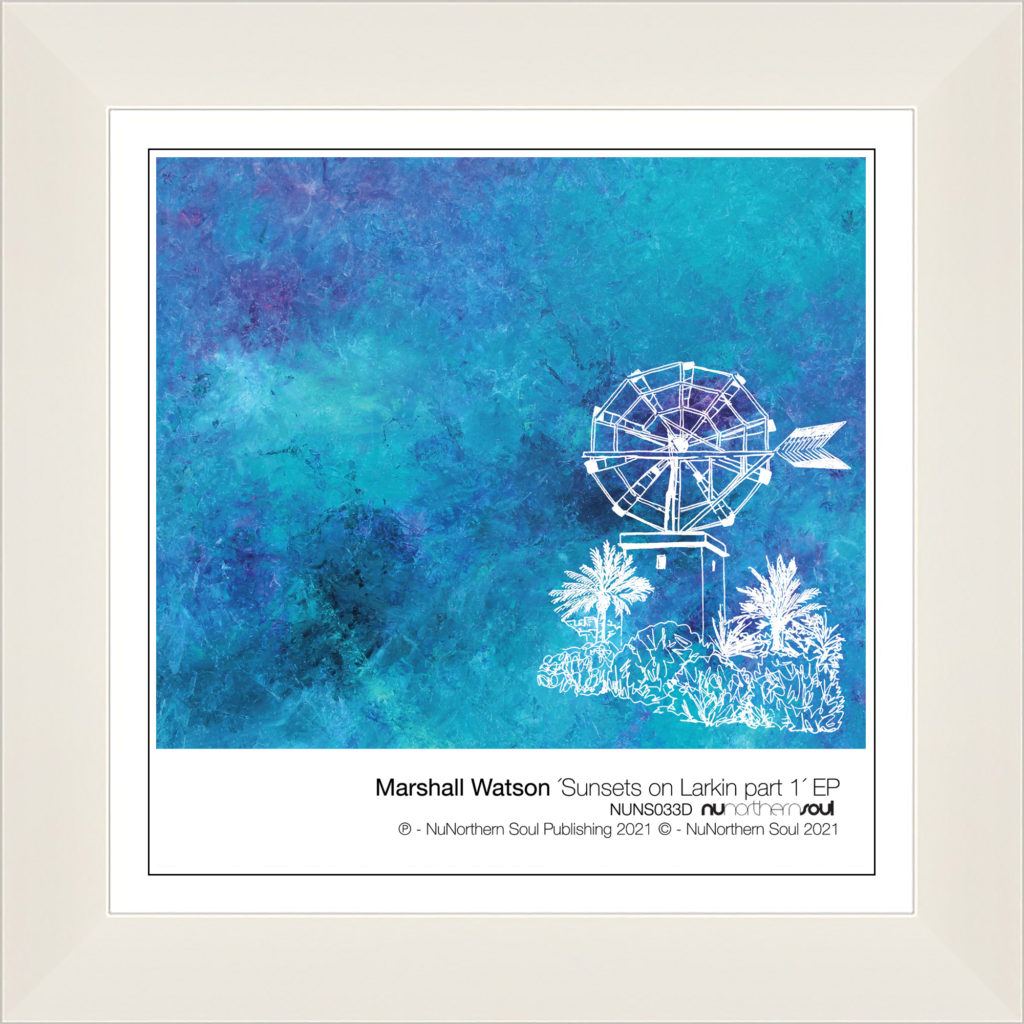 This summer, every digital release in the Hints of Ibiza series from NuNorthern Soul will be accompanied by specially commissioned artwork by Helen. These images combine brand-new sketches of iconic Ibiza architectural and natural landmarks with some of Helen’s abstract paintings, created to celebrate the vivid colours of one of the world’s most storied islands.

I’ve been good friends with Helen ever since we were living in the same neighbourhood in Ibiza Old Town. We often saw each other from the balconies of our apartments and out with friends in Paradise Lost, the local bar.

Originally from the south-west of England, Helen studied at art and design at art college. Her career has spanned art direction, photography, advertising, film, TV, events and graphic design. She has lived in Ibiza full-time since 2011.

Today, Helen works from her studio in the port. She uses acrylics on canvas to create abstract artwork inspired by the natural light and colours of the Balearics, the organic colour combinations of the natural world and the light that subtly changes throughout the day.

Helen has previously exhibited her work at El Hotel Pacha and Pike’s Hotel. Her work is in private collections in Ibiza and the UK.

I love Helen’s work. As she says, “Each artwork is a moment in time, captured in a colourful energy explosion, with its own individual personality and characteristics.”

Although I’ve moved to the north of the island, I often bump into Helen when I’m in Town. Recently we met by chance and had an ice-cream together. Helen told me about her exciting collaboration with NuNorthernSoul, purveyors of fine Balearic and generally eclectic sounds, who we wrote about last year.

NuNorthernSoul is the baby of DJ, record shop owner, broadcaster, music consultant and label runner, Phat Phil Cooper. A year-round resident of the island, Phil has been playing out on the island since 1996, when he first DJ’d at Amnesia. Nowadays he often plays at venues like Pike’s and Hostal La Torre.

As a fan of Helen’s art and the music Phil releases, I was intrigued by the idea of them collaborating. Recently, we sat down and I asked them how Hints of Ibiza came about. 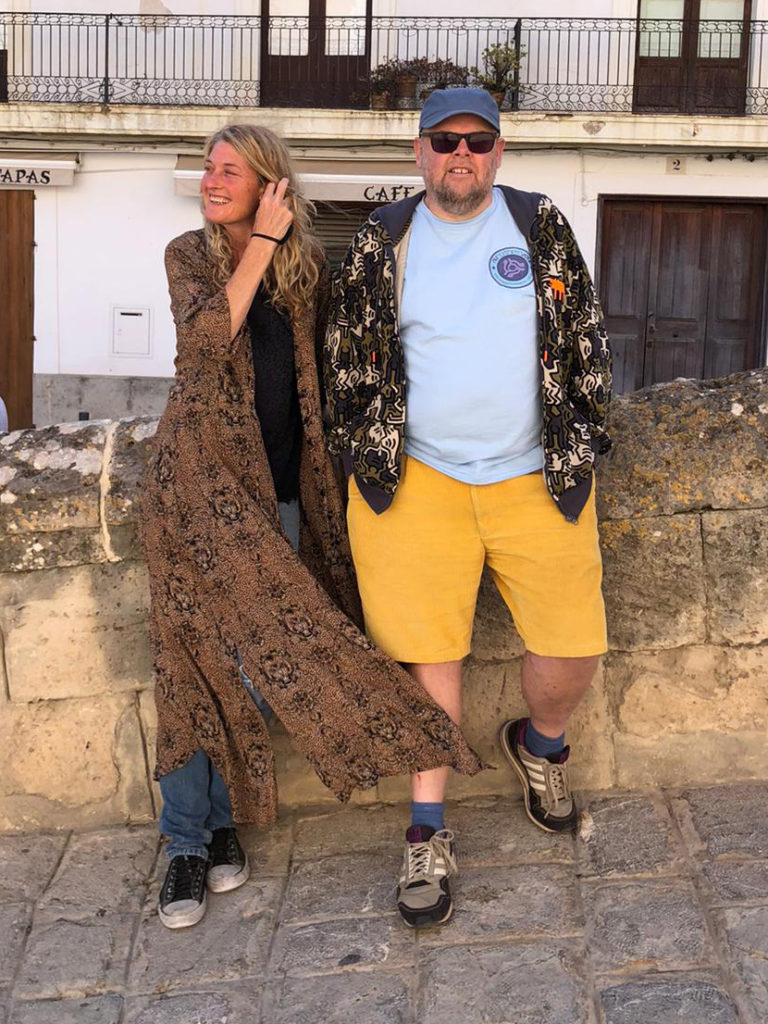 How did you guys meet?

Phil: Helen lives two minutes round the corner from me in the port. We mainly bump into each other in the winter but, last year, because there wasn’t a season we saw much more of each other.

Helen: It’s more like a village out here, as you know, Tim. We all know each other.

How did the concept for Hints of Ibiza come about?

Helen: It was Phil’s idea to combine the music and art. He explained the concept to me and I loved it.

Phil: Helen makes these huge canvases using the colours of Ibiza and the music in the Hints of Ibiza series tips its hat to Ibiza’s sunset moments, which are all about colour and mood. We went for coffee and started talking about how we could mix the visual in with the music. Some people will recognise the images Helen uses but others will simply see them as evocative of the island. I knew in my head the images didn’t need to be architecturally correct.

Helen: My artwork is inspired by the landscape and light here, which are something special. I’m influenced by the colours we find in nature here.

How did you choose the images to use?

Helen: Phil was great, actually. He had the vision anyway and really art-directed the project.

Phil: Although this was my first time working with a visual artist, it was the same as what I do with musicians. My job is to steer and encourage. Musical artists give me, say, 20 tracks and I pick the 12 that are, I hate the phrase, commercially viable. Then I tell them to go off and concentrate on their next project.

As I said to Ben Smith, one of my artists, ‘You’re very good at making music, I’m not. I’m very good at getting your music out to people, you’re not.’ 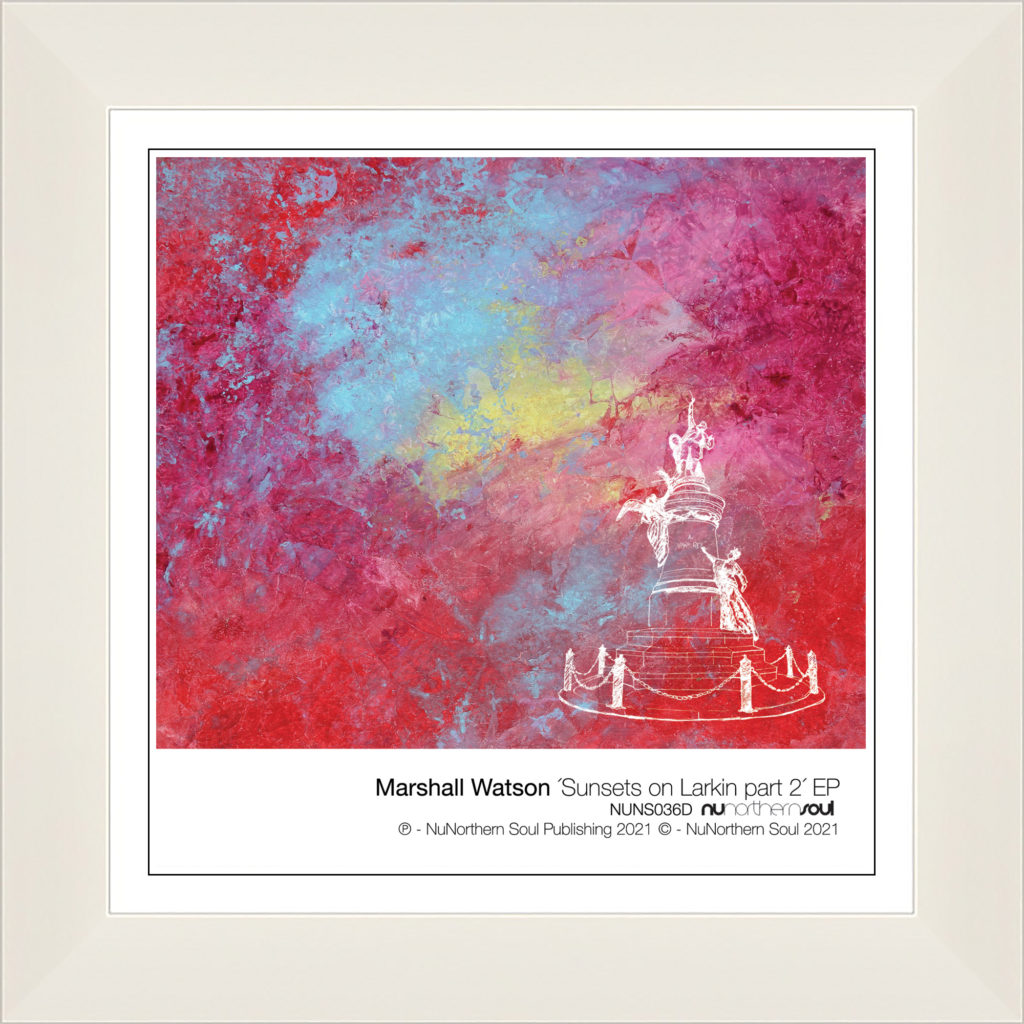 The images are available as physical prints, why is that?

Phil: Because the releases are digital, I wanted to offer people something physical. Living here, we sometimes forget how much Ibiza means to people. Being able to have one of Helen’s prints in your home if you live in, say, the north of England will be a great way of being constantly reminded of the island you love.

Do you think you’re capturing the Balearic vibe or creating it?

Phil: Musically, we’re capturing it. It’s already out there and people are repurposing it for themselves.

Years ago you had to come to the Café del Mar to see José Padilla play. Maybe you’d have bought a cassette and taken it back to the UK, where it would have been passed around.

Now anyone can jump online and experience that essence of Ibiza digitally through videos and the music, through my radio show for example, which has a growing audience of people who love the Balearic sound and Ibiza. I find that amazing. And the people who make the music don’t even have to be here.

I had a project with a producer called Blair French from Detroit, that I put out three years ago. He wrote the most incredible Balearic album while deep in the depths of a freezing Detroit winter, sat in a farm on the outskirts of the city. He put himself in that Balearic sunset space.

Again, this is why Hints of Ibiza is important. People can have their own interpretation. But I will always bring it back to the idea of when I play that music out it suits the sunsets perfectly. I love sharing music so when I’m doing the sunset and just soundtracking it, that’s amazing. 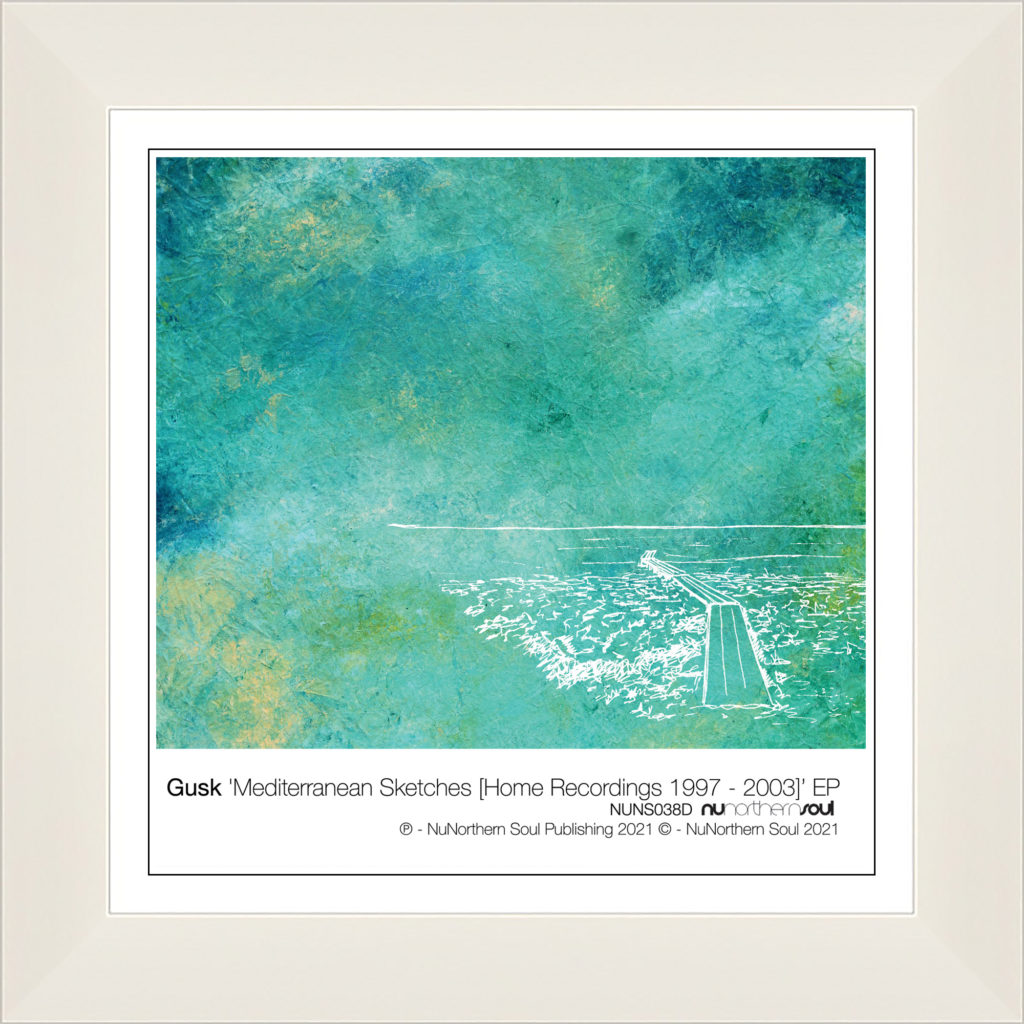 How do you feel about Balearic music, Helen?

Helen: I like good music. I grew up with good music. This is the thing I liked must about Ibiza. It wasn’t just all club music. It was a Balearic sound, which was mixing all different genres of music while retaining that Balearic vibe.

Has the essence of what you, and I, love most about Ibiza come out more for you because of lockdown and being isolated from the rest of the world?

Helen: I’ve been reminded how important it is to look to nature and I think other people feel the same. We’re remembering how beautiful nature is.

Phil: I go walking with various groups, all from the music industry. Although we’re looking forward to going back to work, we’re all realising we don’t have to do the 100 miles an hour thing. We can slow things down.

I share photos of my walks with friends who came here when I did and left. Now they’re saying, ‘We want to come back, we want you to take us on that walk, we want to go to that little restaurant you told us about, experience that side of the island’. I’m hoping that we can find a balance between the electronic music and clubbing the island’s known for and the nature. 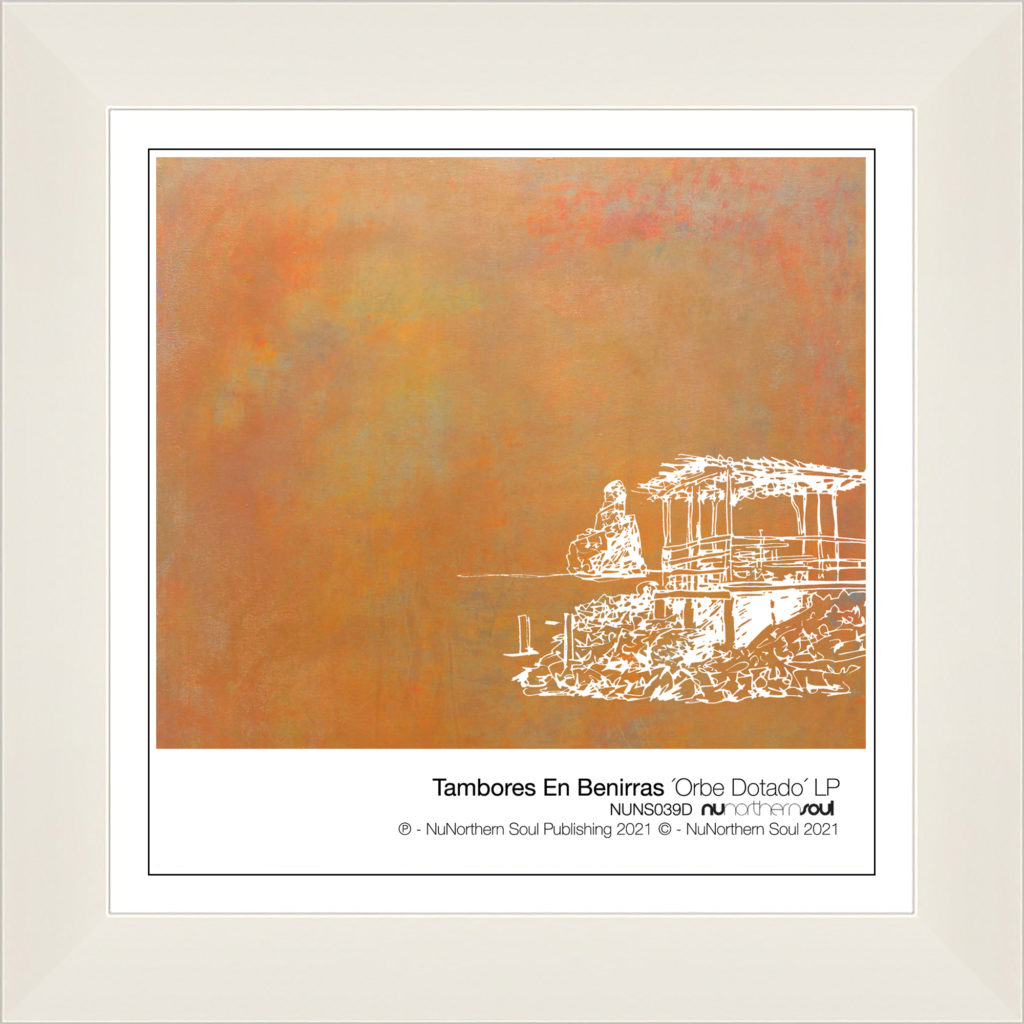 What does the summer hold for you?

Helen: I’ll just keep going. I have plenty of ideas springing up. Whatever I do, it’ll be about keeping the essence of Ibiza in my work.

Phil: I was fortunate to go out and see some friends yesterday and there’s a new concept opening in Santa Eulalia, a radio cafe. It’s a fully functioning radio studio with a world-class dining experience. The sound system and attention to detail are incredible. It’s going to be amazing. I’d love to play out there.

I’ll be doing a lot of radio. I have a handful of gigs at Hostal Le Torre and Pike’s, providing we don’t get another spike in COVID.  As soon as I can travel again I’ll pick up the few gigs I really enjoyed back in the UK and some select festivals but this last year has shown me I don’t have to be on the road all the time. I’m enjoying a simpler life. I’ll keep ramping up the label, for sure. Because I’ve been doing this for a while now, I’m getting so many more demos. I’ve already got quite a lot of stuff ready for next year. Most of all, I’ll keep on enjoying the island.

Find out more about the Hints of Ibiza series here. 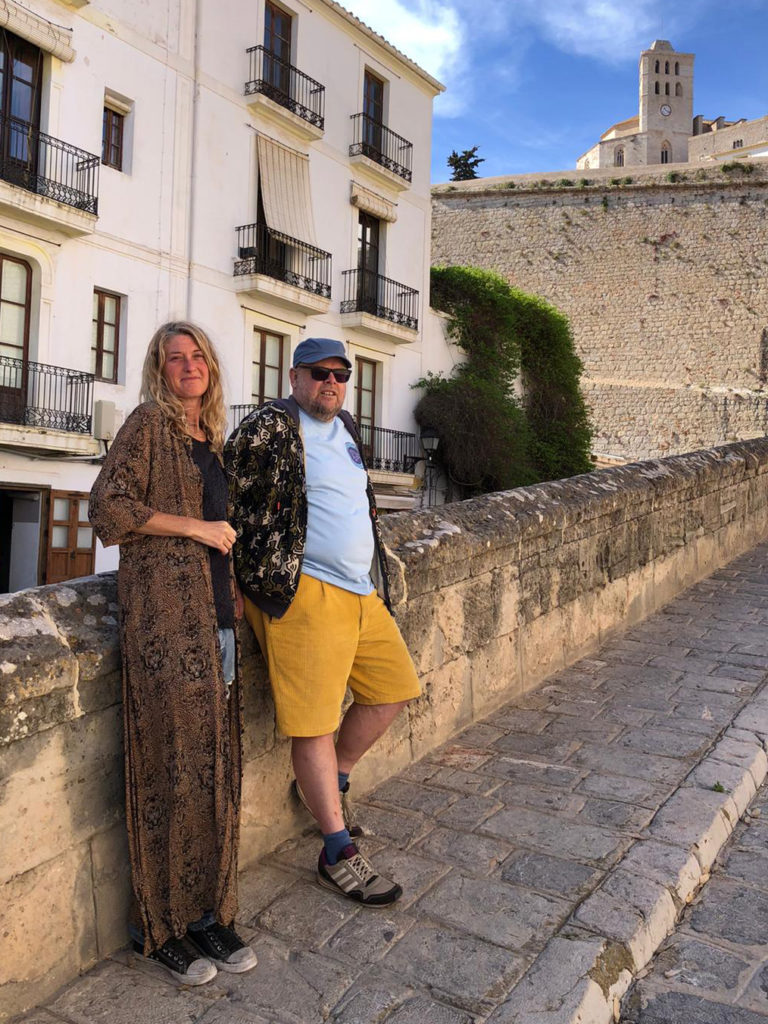