Calm down, this isn’t exactly what you think, though Ibiza does have its own unique, youthful way of doing ‘grown-up’. Imagine it’s been a balmy day of beach and pool, of al fresco breakfast meetings, of arduous domestic tasks. These are all excellent grounds to feel like you deserve a good night out. There are some fabulous places where you can go with little hassle and feel like your night has the status of a New Years’ Eve.

My top pick would always be KM5. Resist any Northern European timings and book for after 9pm if you can hold out. It is worth eating on a Spanish schedule to be able to soak up the relaxed glamour that abounds as the venue fills. You will be greeted and seated by goddess-like hostesses, who will please the men (and certain women) but are also really friendly, non-intimidating girls’ girls. It feels like arriving in a secret garden, squirrelled away on the side of the road between San Jose and Ibiza Town, with tropical flowers and greenery weaved within the fabric of a marque type structure.

Take a cocktail at the bar, an old style setting, but try something new, like a Caipisake – a Japanese fusion Caipirinha – and watch the beautiful people waft around. The music is different every night but unlike some venues it doesn’t take over the atmosphere, just gently enhances it. The menu is large and Mediterranean fusion and it is a good place to have good meat. My guilty pleasure is the duck breast. I never do dessert (obviously). Except at KM5. Here I have to have the apple rolls. Part way between breakfast and a dessert, I love the ritual of ordering the dessert that the chef needs 20 minutes to prepare. After dinner adjourn to one of the lounge seating areas; some nights there may be dancing, other nights less so, but you are assured a sophisticated evening that somehow remains completely Ibiza laid back.

If for some reason this is not enough and more glamorous sophistication is in order, drive down to Lio in Ibiza Marina, Pacha’s grown-up sister, only three years old, boasting one of the most stunning city views. This is where to head to feel ‘elegantly mischievous’ as they say, to see an up-market but charged cabaret show, eat classy food and mingle with yet more beautiful people. At 1 am it becomes a club, with an increasing reputation for great music, that rivals the sounds heard at the super-clubs. Two weeks ago, Cristiano Ronaldo and Rafa Nadal were both there, not together, guess who was super friendly and who no one could get near?

Though it must said, nothing says adults-only like the oft-thrown parties that take place on the island. Whether you happen to get an ‘in’ to the incredible, generous two day extravaganzas thrown by the dreadfully nice founder of Cirque de Soleil, or another less high profile but equally tasteful, generous and decadent event in another mansion villa, these are the homes where you’ll truly feel as though you’re out in Ibiza. Don’t panic, Ibiza is a small and friendly island, it won’t be long until you meet someone who invites you to enter this off-radar ‘residents’ world.

http://km5-lounge.com/en/  – I don’t want to contradict myself, I have previously stated and it is true that there is a kids’ menu at KM5. Kids are welcome, of course, but do yourself a favor and get them taken home before 11, while you stay and have fun. 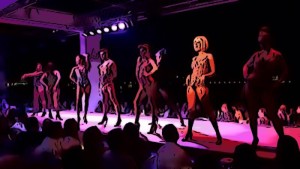