The signs are subtle but they’re here. I parked this morning in the Ibiza town car park and there were about 30 cars near each exit. This is about double last week’s toll. On streets all over the island the padlocks on the metal security gates are broken open and the grilles inched back just enough for someone to enter and reacquaint themselves with the establishments they last saw when they locked up last October.

The protective papers in shop windows are slowly being ripped down and the white paint swirls being washed away. It’s that time of year when it is very hard to get a plumber or an electrician to do a small job and forget about anything to do with windows – these tradespeople seem to be exclusively reserved for the hotel re-vamps. So if you look out your window and think your outside lounger cushions need a steam clean or even a re-cover, get onto it now! April is just around the corner and if you fancy some new furniture and it’s Italian or even Spanish then before you know it you’ll be butting up against the August closures (which I am sure last more than a month). That feeling of being able to get anything done quickly starts to ebb away with the preparations for the new season. Oh and my kids have broken up from school again. Not sure what this tells us, other than the school : holiday ratio feels a little off.

During our years in Ibiza, it seems as though the season has got shorter and more intense. In our early days the build up and wind down was more gradual. Now it seems that businesses throw their energy into July and August with just a smattering of June and September. So for those of us who are lucky enough to spend more than just a week in Ibiza, this is our time. We get to luxuriate in new menus and freshly varnished loungers, in still empty car parks and on sparsely populated beaches, we get the enthusiasm of the newly recruited staff and the returnees who are once again full of the idyl they call the office before the weight of the season brings out the cynic in everyone.

This morning I drove past a billboard for a pre-opening party in April, but this one is a Pacha party, the only club which is open year round anyway; the billboard next door still displays Amnesia’s dazzling and decadent 2015 closing events. This reminds me of the first time my Dad came to visit us here in Ibiza. I had been trying to explain the charms of Ibiza to my Mallorca-centric Dad, that it was not just a low to high-end party playground, that it had so many other dimensions and depths. From the airport to the house we kept passing the billboard posters for a David Guetta night, the poster where he was standing behind his now estranged wife, with his hands over her ample, bare breasts, the slogan ‘F*** me I’m famous’ emblazoned below. David, you didn’t help my cause (nor your marriage it would seem). OH found it hysterical to point it out every time we drove past one.  So while the clubs are still a distant haze, this week some of my faves came back to me!

I cannot wait to sit on the terrace overlooking the beach with an order of lobster (only €34, seriously, noone sells lobster for €30) and a goats’ cheese salad and watch my kids play ball on the practically empty beach and explore the rocks and the forest behind.

High quality, contemporary Italian food. My good friend’s man’s place, it’s even my translation on the new menus. (I changed the word ‘sauce’ for ‘coulis’ on the Bailey’s dessert because sauce belongs on spaghetti or with chips and not beside a lemon semi-freddo.) I can’t wait to try the sautéed artichoke starter and their cheese plate is always delectable. I won’t be able to choose between the black cod, the yellowtail and the array of traditional but modern risottos and pastas (no-carb exception night for sure). Last week’s low-key opening was local and cliquey, in the best possible smug-aren’t-we-so lucky-this-is-our-local way and I wouldn’t have missed it for the world.

Not a juice bar, not a cocktail bar, not a music venue – not one thing nor another but somehow still great. It has a local feel, by local I don’t mean Ibicenco but 10-20 year old locals who chose Ibiza as their home. Not the people who live here but ostensibly work elsewhere but those who enhance and depend on the local economy and are part of the bedrock of the future and stability of Ibiza.  Raco Verd is run by a lovely British couple and sits on that busy corner of San José, a beacon for the area. They have just opened up again on weekend evenings with their vibey live music sets,simple, reasonably priced food and laid back atmosphere.

This 2 branch take-away joint claims to be open all year round but there have been several wet weekend evenings when no one has answered the phone. No matter, they are back, they will happily deiver to any blue rock of your choice, from kitchens in San Antonio and Ibiza Town and sell tasty and delicately spiced Tuna Tataki, worthy of Nobu. The most reasonably priced sushi around.

And total coincidence as it will be open all year but just across the road from Raco Verd there is a new Passion in San José. The menu is very refined. No meat, just fish and chicken (is that a thing?). But there is a side of kale – one of this winter’s mysteries has been exactly how and when kale arrives on the island – but the bosses at Passion have an inside track and it’s always available. I am not worried about it competing with Raco Verd and its juices. Passion is like the detox retreat/boost with spirilina/meal substitute type of juice place and Raco Verd is the ‘stick whatever you have around in a blender/I haven’t had any fruit any veg today/just down it and go about your day’ type of place. Different strokes for different folks. We need them both!

We are still weeks and weeks from the start of the Space, Ushuaia, KM5 extravaganzas, the social media onslaught and billboard frenzy. But F*** me that’s just fine.

Only the Chiringo is open for now. The other restaurants, shops and the beach bar will open in a few weeks, when the madness begins, so grab the quiet version while you can.

It has nothing whatsoever to do with Macau, it was just the name of the previous restaurant!

Send them a demo and get yourself gig!!

Passion café http://passion-ibiza.com – slow island domination but done with such class! Bring it on. 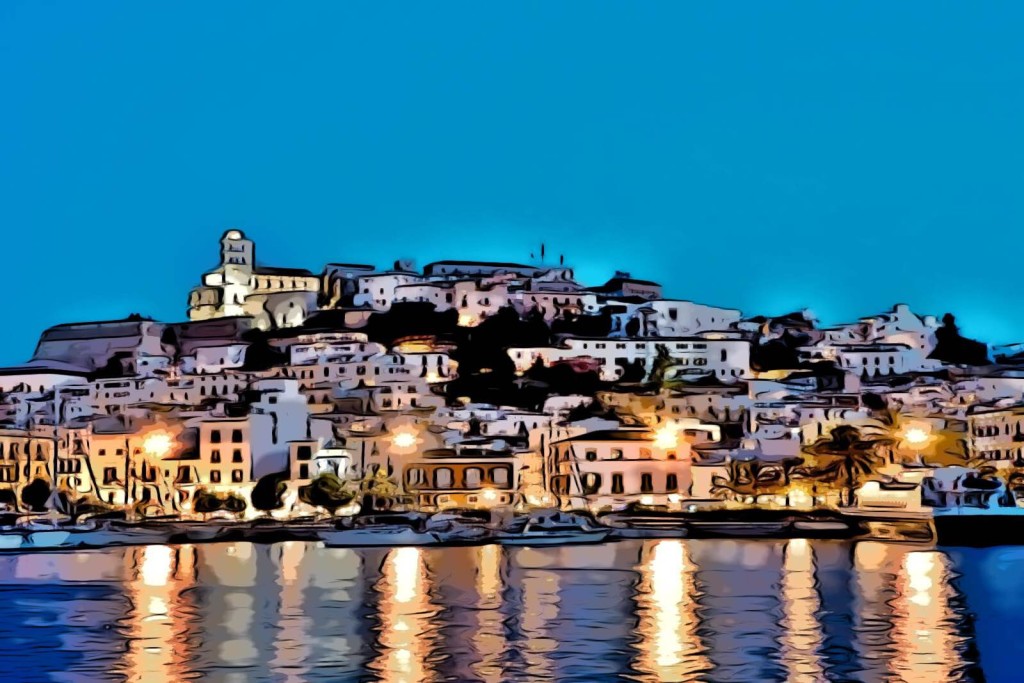