It’s 7.30am and I am gathered with a small crowd of like-minded people. I have come prepared, a little flask of sweetened Rooibos tea and a carefully considered array of layers to acclimatise the changing temperature as the sun comes up. There’s a little buzz all around. It feels like we are lining the street of New York as the latest iPhone is launched, or waiting for the start of the Selfridges’ Boxing day sales!  We – me and my comrades – are awash with the glow of the yellow and blue signage, German so I am told, though surely should be Swedish, the soul sister of Ikea, (or at least the same logo designer).  Finally a weary shelf-stocker stifles a yawn, presses the over-ride button and the giant doors of the Lidl slide apart, the small crowd lurching forward, crashing through the right hand barrier and careering down the centre aisle to the centre bins. This was the day that the Halloween costumes were in store.

To clarify, I have to explain that before I came to Ibiza I had never stepped foot in the Lidl. Now I don’t know how I ever lived without it.  Mini kit-kats, fresh corns on the cob still nestled in their husks, giant rolls of kitchen towel, organic bananas, frozen berries, the juiciest Medjool dates, every member of the squash family, or should I say pumpkin (the word in Spanish is the same) and perfect Halloween costumes for less than a fiver. Oh the sweet historical irony that a German supermarket should make a Brit feel at home in Spain.  So I sauntered, with the crowd, trying to keep my dignity and arrived at the San Antonio store’s central reservation.  Alone.  Everyone else was diving into the new delivery of pyjamas.  The nights were suddenly a little cooler and I suppose the residents were feeling it.Me, I have a cupboard of thermals for me and my small off-spring, from our time spent in fresher climes and now it would seem, the pick of the Halloween costumes.  I choose an array of pumpkin and goulish regalia and got change for a 20, mini kit-kats and all.

You would have been misled if you thought all this meant that Halloween doesn’t matter in Ibiza and people will be looking to curl up in their thermals on the night of the 31st.  On the contrary, the 22nd October is way too late for serious costume buying.  This was all organised weeks ago.  Tables at Bambuddha Grove, for their legendary Halloween bash, disappeared before the Clubs’ Closing weekends.  For the last weekend in October, the hallowed LCY-IBZ flights are either sold out or prices have sky-rocketed. Business Class is the only option. Entry to Pikes is like gold-dust and seamstresses, collectors and make-up artists opened their private studios weeks ago to take appointments for costume planning. Groups have been huddled together, planning their table themes in person and over Whatsapp since Summer’s end.

Yes the kids will dress up, the British School will even allow their primary pupils to attend school in fancy dress and across the island’s rich tapestry of nationalities, children will carve pumpkins and hang glow-in-the dark bats in their windows. But make no mistake, this is all time-passing stuff before the big kids come out to play.

Ibiza is the island of excess, of pageantry. of performance. While you are in your cosy front room being trick or treated, the grown-ups on this island will be deep into the theatre of self-expression, pantomime, musicality and creativity. You can call it hedonism or you can call it culture. 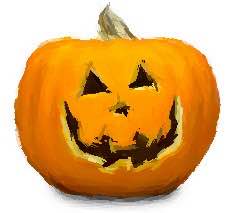 ‪http://www.lidl.es/es/index.htm‪ On the edge of San Antonio, the roundabout before the Egg